Start-up Mistakes that can Cost You the Business 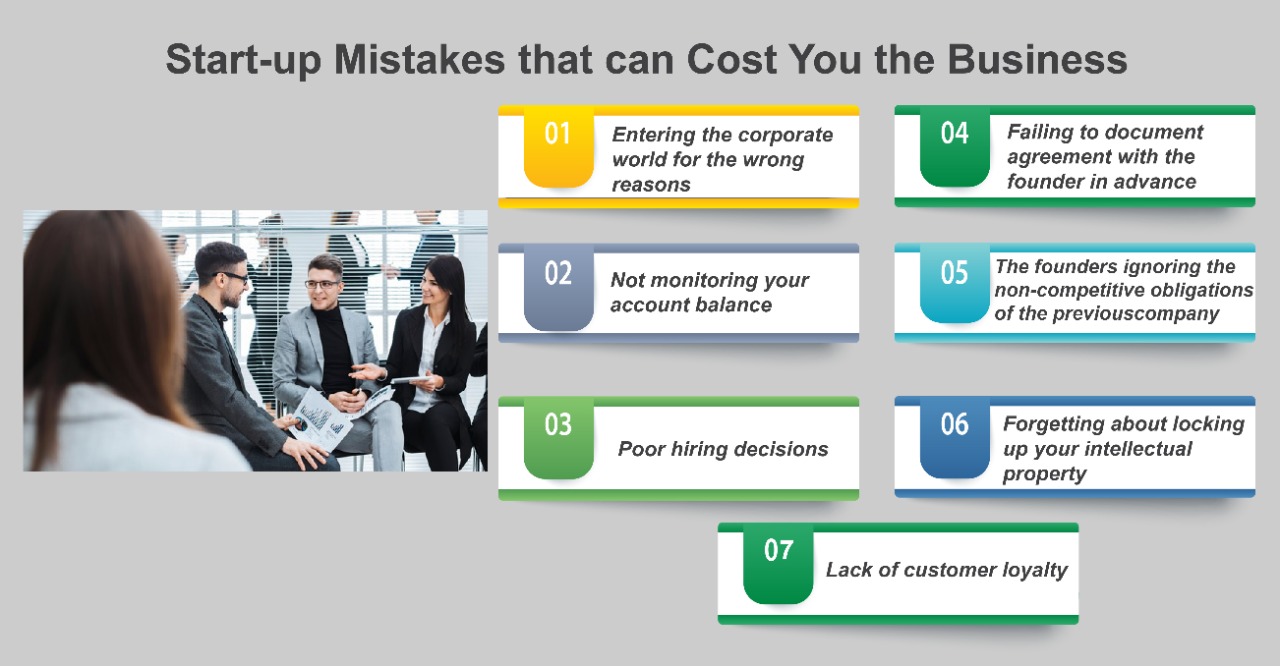 Start-up Mistakes that can Cost You the Business

It’s difficult to scale a business and the business will fall apart if you are not watching out on multiple aspects. How do you make sure you don’t make mistakes that cost quite a bit?

One of the ways is to see what mistakes other people have made and learn from the past. While every startup is unique, there are some common mistakes that can be avoided that can lead to legal complications that affect the company’s long-term success. As in other circles, most legal problems are not the result of fraud, but out of ignorance of certain conditions, or you never do the things you reasonably think you would do.

Here are startup mistakes that can hurt your business.

Hopefully you can get into business because that is something you are so passionate about in changing the world. However, you will not be able to succeed if you get into this because it is a cool thing. You will have to evaluate yourself on multiple aspects such as the ideas, the financial bandwidth, the ability to lead and the competition to name a few. .

Founding teams join in numbers. Lots of promises are made by the main Founder. At some point in time, the teams have disagreements due to multiple reasons. The teams and the partners get disillusioned that the promises are not being kept. They leave and the founding team disintegrates. However, at a later date, when the company is doing well, they re appear and demand for their stake. The loss is very high at this stage because those people never worked but come back now just because they were part of the founding team. It is important that you document every agreement and have terms for the co founders and set expectations well.

Companies are founded based on the past experience of the founders. They find a gap with their earlier organization when it comes to servicing customers. Sometimes product ideas are taken as it is or are modified. Many times, past customers are solicited.Sometimes, senior management people are hired from larger competing companies.

What could happen in such a situation? You might end up fighting lawsuits and sometimes end up closing shop as well. This is because you have non solicitations and compete with your previous organizations.

The best way to solve this problem is to have open and honest discussions with former employers who may go undercover to ask them to invest in your business. It’s a seamless way to end a relationship and earn money or regain the lack of interest documented on record for you. When the process is unavoidable, sooner rather than later.

Teams are the most important piece of the initial puzzle and the wrong attitude can cause damage. First, recruit Skill, Intelligence, and Endurance. It’s easy to fall into the trap of hiring pretty well when a newbie tries to get in quickly, but it can be fatal.

It is imperative for a new business to lock in its intellectual property, including patents, trademarks and copyrights. If a competitor files a patent with another company, which it is likely to do, the new business may incur a fee or even be unable to sell its product, which the new business cannot buy.

Your customers must like your product. If not, you have a real problem. You have to understand why. The only way to do this is by truly listening and meeting their needs. Make sure you are in touch with your customers on a daily basis.

In general, the biggest legal mistake a startup can make is to assume that any legal issues can be resolved later. Finding a lawyer earlier today is easy through local area networks or even online services. In fact, if the stakes are still low the first time around, it costs a lot less to get it right than the heartache and costs of fixing it later.